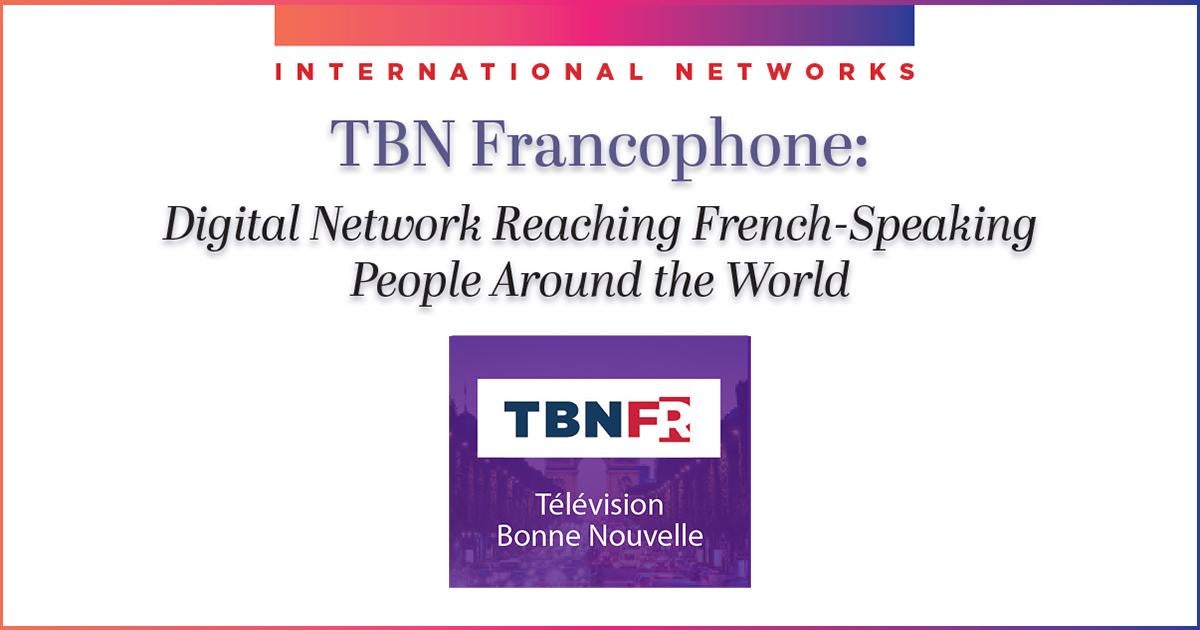 TBN has launched an innovative online network poised to reach the more than 275 million French-speaking individuals across the earth with the message of salvation through Christ.

The vision began in 2016 with TBN Europe airing a daily block of French-language programming through TBN’s Madrid satellite uplink. Today TBN Francophone is using the power of YouTube and Facebook to reach viewers across France, Europe, Africa, Canada, and beyond with compelling content designed to entertain and inspire, while clearly communicating a message of hope and healing through Jesus.

Emanuel Eddyson, TBN’s manager of digital platforms, noted that YouTube is the most visited online video site in France and other nations with large French-speaking populations. “TBN’s mission is to reach as many people as possible with the gospel message, so we see YouTube and social media sites like Facebook as a perfect fit for our strategy to take life-changing content to French-speaking viewers around the world.”

Shayna Smith, TBN’s director of content licensing and distribution, recalled that over the past nearly fifty years TBN has taken the lead with new broadcast technologies, from satellite to HD, streaming, and on-demand media. “It’s clear that more people around the world are using platforms like YouTube and social media to view content,” she said. “We believe TBN Francophone will impact French-speaking viewers across the earth, and serve as a model for using digital platforms to reach unique people groups with the good news of God’s love.”