The Kremlin Conspiracy. While America’s president is distracted by growing tensions in North Korea and Iran, Russia’s president is busy consolidating power, silencing opposition, and plotting a military strike that could spark a nuclear war. With pressure mounting and global catastrophe on the horizon, Marcus Ryker is faced with a decision that might require him to do the unthinkable to save his own country.

The Persian Gamble. On the run in enemy territory in the middle of the greatest international crisis since the end of the Cold War, Marcus Ryker must convince the U.S. government to grant safe harbor to deadly Russian double agent and assassin Oleg Kraskin. While frantically negotiating with the White House, Ryker catches wind of an impending nuclear deal between North Korea and Iran, and soon finds himself teamed with assassin Kraskin as the two work desperately to keep nuclear weapons out of the hands of the rogue nations and avert global destruction.

The Jerusalem Assassin. With the announcement of a historic peace treaty between Israel and Saudi Arabia, Marcus Ryker unveils a plot that puts the president in danger. Brokered by the U.S., the peace summit in Jerusalem provides a perfect opportunity for a presidential assassination as a well-financed international alliance tries to put a stop to the process. With the fate of the Middle East and the entire world in the balance, it’s up to Ryker to eliminate the evil that has been set in motion.

The Beirut Protocol. As the historic treaty between Israel and Saudi Arabia nears completion, the U.S Secretary of State heads to the Middle East to seal the deal. But as Marcus Ryker leads an advance trip along the Israeli-Lebanon border ahead of the secretary’s arrival, his group is taken hostage and an indescribable nightmare of terror unfolds. Ryker suddenly finds himself in the most dangerous situation he has ever faced: should he wait to be rescued, or attempt a daring and nearly impossible escape? 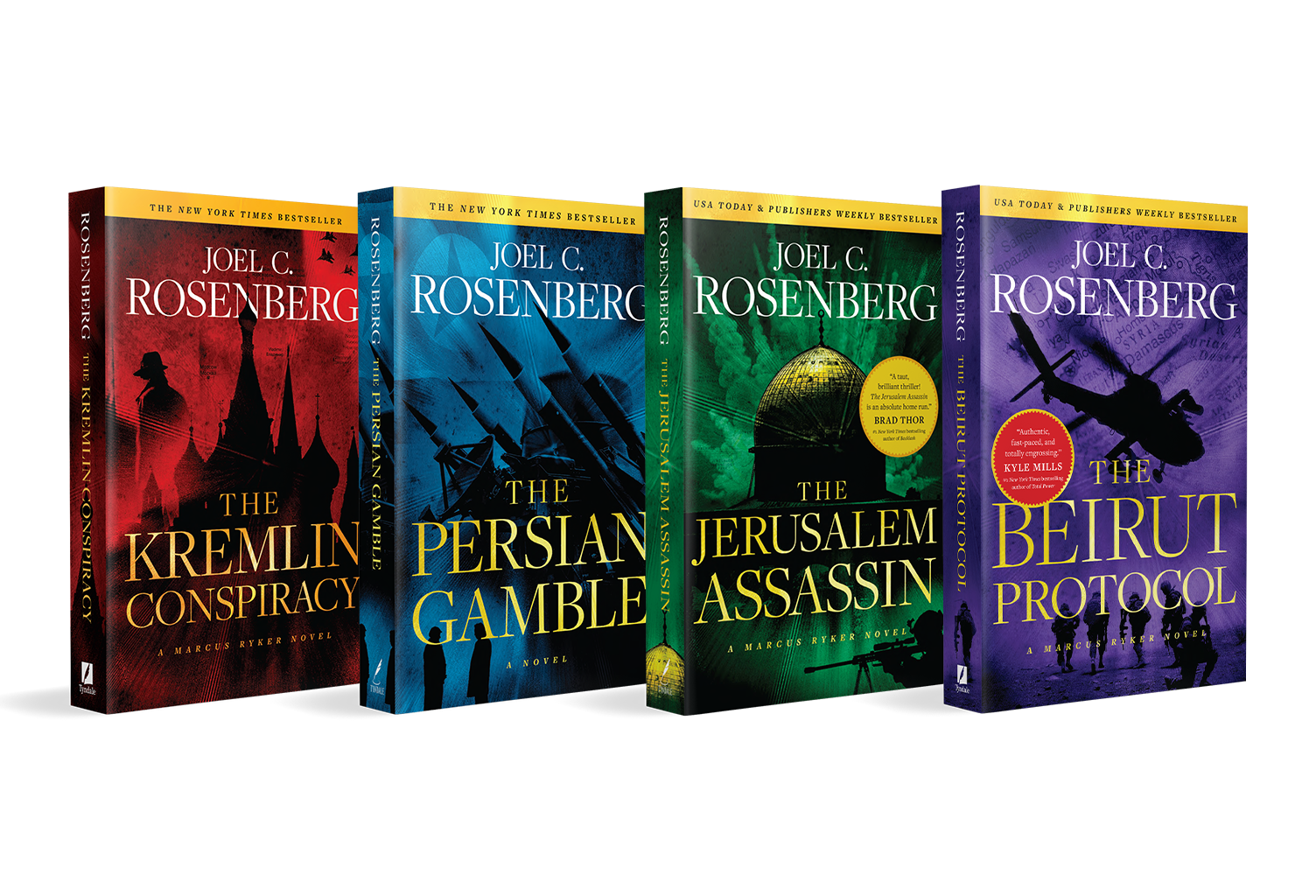 We’ll send you all four of these exciting Joel C. Rosenberg novels in his Marcus Ryker series in thanks for your support of TBN as we broadcast the message of God’s love to the nations.

Please use the form to submit your donation. And thank you for your partnership with TBN as we cover the earth with the message of hope and grace through Christ.