MY STORY - EVERY LIFE MATTERS 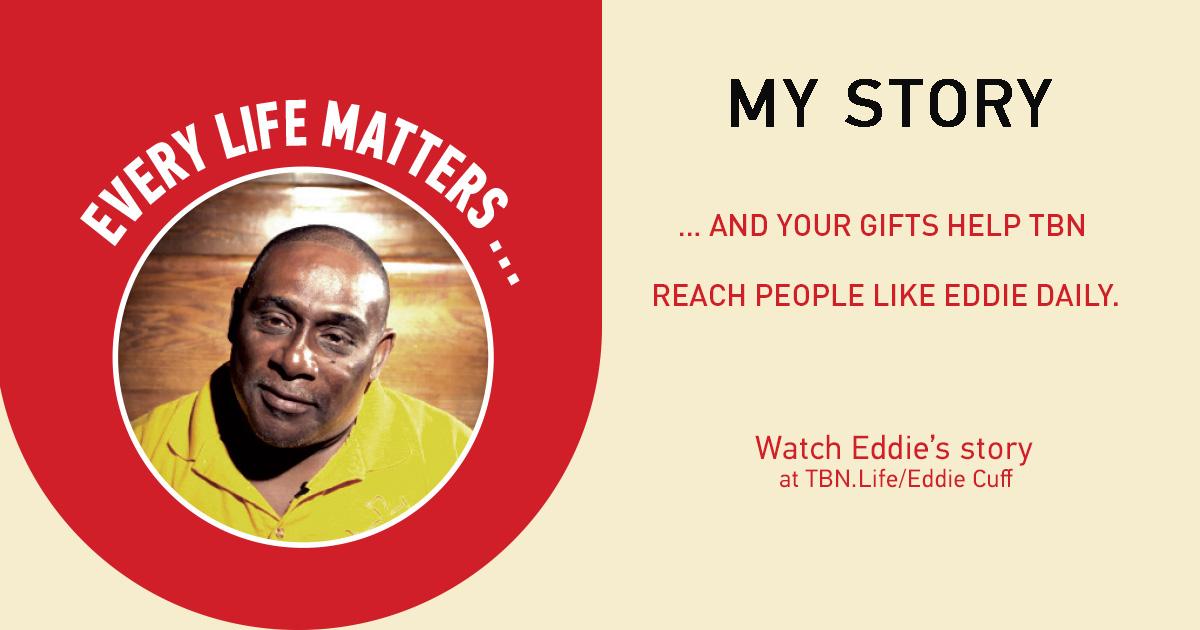 A normal day for Eddie Cuff could only be described as a total nightmare. Never knowing if he would live through the day, his life was spiraling out of control—selling drugs, running the streets, and everything that comes with it.

Yet even as a drug dealer, there was another side to Eddie. “I used to do things and constantly repent about it.” He would cry out to God, asking for forgiveness, “You’ve got to help me, God. I can’t stop doing what I’m doing.”

One night, Jesus appeared to Eddie in a dream. “Eddie, I have called you to preach the Gospel.”  Initially rejecting the call, Eddie continued the drug life. One day he was on a corner and he heard the Lord speak again—“You need to get out of here quickly!”

It was the urgency of the voice that motivated Eddie to act. He fled without a second thought. He had no idea God was delivering him from pending tragedy, as a drive-by shooting occurred moments later at the very corner he had just been standing on.

Even though Eddie was heavily involved in the streets, he had a regular habit of always watching TBN. He remembers the day he heard Jan Crouch say, “There’s somebody out there that God had His hand on you for a long time. He’s getting ready to bring you out. And all your mess … He’s going to turn it into a ministry.”

Eddie surrendered. He received that word and is now a pastor. He brings food and ministers on the very streets where he used to sell drugs. “Every day I thank God from where He brought me from.”

Thank you, partners. Your support kept the Gospel on air for one more precious moment that transformed Eddie’s life.

What's Your Story?  How did God use TBN to impact your life?

What challenges were you facing?

Submit your video to TBN.org/mystory or post on Social using #MyStory or Email us at mystory@tbn.org